Rumination: How quickly and accurately do sensor technologies detect diseases?

Increasingly, sensor technologies are being used in the dairy barn to determine health, oestrus and animal location. Among other things, rumination is one of the most important components of digestion in cattle and therefore health. Rumination itself can be affected by many things, such as the amount of feed, stress, and health disorders.

Common rumination periods are approximately 8h (500 min) divided into 4-24 periods (between 10-60 minutes) per day. A drop in rumination activity can be triggered by low pH or high osmotic pressure in the rumen, among other factors. In addition, stress may be a reason. In any case, the animal should be looked at in case of irregularities in order to be able to avoid serious diseases and dangerous situations if necessary. In the meantime, there are different technical possibilities to immediately detect the waste of ruminants and accordingly to determine the cause by a detailed examination. But are these technical possibilities really so much faster than visual observation by an experienced farmer?

Sensors can be used to document the rumination minutes and accordingly derive a health-promoting measure. Health disorders, such as hypocalcemia, ketosis, febrile general disorders, oestrus, and calving postpartum behavior, among others, are areas that can be identified by the change in rumination behavior. Mastitis, which is caused by E. coli, and severe metritis can be identified particularly effectively: thus, special attention can be paid to animal welfare. A nice side effect is that treatment costs can be reduced.

Visual observation of rumination can be considered very reliable, but is very labor intensive. A study in this area (by Reiter in 2017 in Vienna, Austria using the SMARTBOW ear tag from Zoetis) used video recording and observation to investigate this relationship. From a practical and clinical perspective, the differences between visual observation and the findings of the SMARTBOW system are minor. The deviation from visual observation are -1.2% (rumination time), +3.7% (chewing cycles) and -1.8% (rumination cycle). This means that the sensor-based system can replace the visual observation and also provides perfect results. The determined agreement between the SMARTBOW system and the results of the video analyses were excellent. Since the ear tag sends real-time data every 4 seconds to the farm server, usually placed in the barn office, any irregularities are immediately communicated to the farmer. This information can be sent by setting either SMS or email to the smartphone.

These digital solutions are covered and compared in trade journals such as TopAgrar (Cattle / Technology 04/2019), among others.

In summary, sensor technologies can detect diseases in the dairy cow faster and thus be treated more quickly. The farmer thus has a time and monetary advantage, as well as with regard to animal welfare. 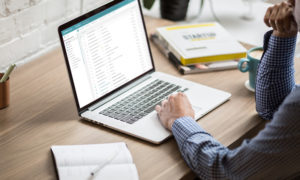 Tips for the digital farm office 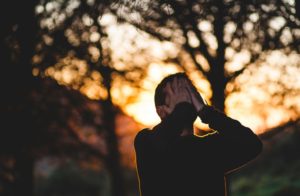 The digitization concerns of farmers

While the opportunities of digital solutions promise a profitable future, this is also countered by expenses that the implementation entails. 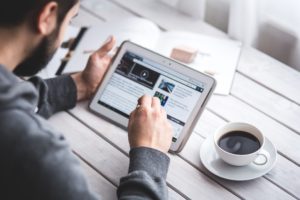 What kind of online education offers are there, how do they differ and what should you look for when choosing?

or write us an e-mail to